Toyota Physical and Chemical Research Institute (Incorporated Foundation) was established in September 1940 in Nishi-Shibaura, Shiba Ward, Tokyo-shi by Kiichiro Toyoda, the founder of Toyota Motor Corporation and the eldest son of Sakichi Toyoda who invented the automatic loom.

The purpose of this establishment was to promote and develop independent science and technology in Japan and to contribute to the development of science and industry.

This institute produced numerous research achievements including the formula for large crystallization of Rochelle salt, storage batteries and direction finders. Some of these reached the stage of acquiring patents and being manufactured into products. However, due to post-war inflation, it was inevitable that proprietary research activities were curtailed.

In 1961, in order to efficiently implement the purpose with limited financial resources, the office was moved to Toyota Central R & D Labs in Nagoya and its main activities were changed to designated research and cultivation of researchers. The successes of this era include the practical application of semi-conductor strain-gauges.

The original purpose of foundation activities is continuing by launching “the research fellow program” in 2004 where researches are conducted by full-time employed researchers and further, launching “specially promoted program” in 2006 as a new project.

This foundation has become a public interest incorporated foundation in 2011.

Toyota Physical and Chemical Research Institute Incorporated Foundation was established in September 1940 in Shibaura, Tokyo with the aim of “conducting and applying physical and chemical research in order to contribute to the progress and development of academic science and industry.” The founder was Kiichiro Toyoda who established Toyota Motor Co., Ltd. in 1937.

Kiichiro states his operation plans in the foundation prospectus:
・ We are to endeavor to steadily establish an academic base
・ We are to conduct independent research without restrictions on research categories
・ We are to emphasize scientific principles which tend to be disregarded
・ Questing for fundamental principles, we will promote the industrialization of objects that are lucrative for production and enhance the research that promotes scientific development accordingly, then contribute to society and the State

The Institute that was established in 1940 with high ideals and over 30 staffs actively progressed with research in 32 fields; batteries which embodied the hopes of Sakichi Toyoda, the practical application of wireless direction finders, the cultivation of piezo electric effect elements using ferroelectric Rochelle salt, etc. The total number of staffs reached 69 by 1943.

Unfortunately, in 1941, the year after its establishment, Japan entered World War II that lasted five years. In the economic confusion of the post-war period, the Institute received aid from the government as a research foundation designated by the Ministry of Education and further, through continuous support from Toyota affiliated companies, the Institute was able to continue its research even though it had to greatly reduce the scale. Despite the era, the institute succeeded in the practical application of semi-conductor strain-gauges in 1957.

In 1961, in aiming for innovation, the Institute was moved from Tokyo into Toyota Central R&D Labs., in Nagoya and explored a path to contribute to the promotion of academic science and industry with little capital and efficient operation.

The Institute started “Designated Researcher Program” in 1963 and inaugurated the “Kariya Invention Club for School Children” in 1974. I believe these activities have been contributed to nurture researchers and young generation.

Following this, to enhance the original spirits of establishment of the Institute, “Research Fellow Program” – senior researchers who have notable achievement in the fields of academic science at research institutes and universities are employed as a Toyota Riken Research Fellow and conduct their research by themselves – has started. Currently, the program has been stated as one of the core programs along with research grant programs: “Toyota Riken Scholar Program” and “Specially Promoted Research Project.”

Toyota Physical and Chemical Research Institute has become a public interest incorporated foundation as of April 1, 2011. We aspire to accomplish the prospectus of establishment and contribute to the development of science and technology. We would be grateful for your suggestions or advice concerning the future of our institute. 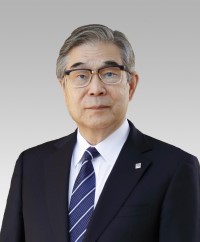 Toyota Physical and Chemical Research Institute (hereafter abbreviated to Toyota Riken*) celebrated the 80th anniversary the year before last, and during the period from then to last year, we were hit by an unexpected pandemic of COVID-19, which caused numerous events to be either cancelled or postponed. Yet still, thanks to the development of the internet technology, online conferences and webinars rapidly became widespread, and were put to practical use as if we were a few years ahead of the time. The so-called post-Corona management system was thus established, making this a year to be remembered as one that could be said to have changed the times.

In 2020, the year before last, Toyota Riken marking the 80th anniversary, Toyota Central R&D Labs marked its 60th. In addition, Toyota Technological Institute marked its 40th, and the Genesis Research Institute its 25th in 2021. These were milestones for research and educational institutions of Toyota Group. In the spring of 2021, we compiled “The 80 Year’s History of Toyota Riken”, which served as an opportunity for us to reflect on the direction and the future of Toyota Riken.

Taking the opportunity of these major milestones, we have decided to work on a new organizational design for the “New Toyota Riken” that better communicates to the world, better creates the future, and is more energetic than ever, while also respecting the initiatives of the former President Dr. Hiroo Inokuchi, who had succeeded the noble aspirations of the founder Kiichiro Toyoda, for independent basic research. In order to examine this, we elected new board members and established a new executive structure last June.

In designing the new system, we are maintaining the basic principles of “fostering young human resources” and “creating new research fields”, the passions of our Chairman Shoichiro Toyoda. We are examining ways to ameliorate the effectiveness of the current “Fellow Program”, “Scholar Program”, “Interdisciplinary Exchange Camp”, and “Overseas Ph.D. Scholarship Program”. We will complete the designing of the new system during this fiscal year, and implement it one by one, starting with those that can be done.

We will earnestly strive for Toyota Riken’s contribution to the development of science technology by becoming the base for human resources development and creation of new fields centered on the material science research field in our country. We would appreciate your continued support and encouragement.

Original written by the founder, Kiichiro Toyoda in 1940

My father, Sakichi Toyoda, immersed himself in research into inventions, accomplished the invention of the automatic loom and established this production plant, namely Toyoda Automatic Loom Works, Ltd. Here, Sakichi explicitly stated the essentials of research into inventions in the company’s business articles of incorporation and accomplished all kinds of research over several decades. As a result of this, he completed the fundamental improvement of the automatic loom and succeeded in inventing the world’s first high draft ring spinning machine and launched on to the international market, too. Furthermore, he went on to research manufacturing methods for domestic automobiles, completed this and opened the beginning of the supply of domestic automobiles.

In this way, the work that he left us prospered and his aims are in the process of being sequentially accomplished but, the implementation of research into inventions within a profit-making company tends to bias research to things that are in direct relation to that company’s projects and implementation of different kind of research is difficult because they are incompatible with current projects and the real intention of establishment. For this reason, this incorporated foundation was newly established to widely conduct research with the foundation of physics and chemistry firstly to contribute to the State but also to commemorate forever the achievements of the late Sakichi.

Japan has developed remarkably over the last few decades but, as this development has unavoidably been conducted over a short period of time, we had to adopt foreign civilization. However, now that we are facing the Second Great War in Europe, it has become extremely difficult to adopt European civilization. For this reason, it has become urgent that we research independently by ourselves and establish a research institute at which we will pioneer a new way by ourselves. Meanwhile, it has become difficult to expect the good fortune of chance such as we had in the Meiji Period when looking at the status of research into innovation. Consequently, we must have expectations of the future progress of scientific principles that will become an abyss, the human resources that have an academic grounding and the technical facilities.

The quest for principles that will become a physico-chemical abyss has many correlations in that fundamental respect. Looking at it from these peripheral issues, even things that have extreme intervals depart from the same principles in that foundation so one research project can assist another project without intending to or can become a principle.

“Therefore this research institute shall not limit research matters” rather the main activity shall be the quest for fundamental principles and in peripheral issue-type research that occurs due to this, we shall promote the industrialization of objects that are productive and lucrative to the State. We would like to present results that promote academic development from a scientific standpoint, making progress more and more deeply. In short, we want to conduct research from both physical and metaphysical facets.

In addition, if we want researchers to achieve pure research following their thoughts, no anxieties about lifestyle, research or the future are borne, it can be left to the natural talent of researchers and it is important to put researchers in a position of liberty. For this reason, we would like to respect the free will of researchers, create a research institute where it is possible for them to research of their own volition, train new researchers, expand research scope and, by means of this, contribute to society and the State.